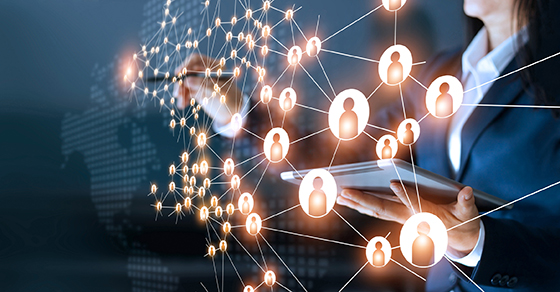 Affinity fraud — where perpetrators exploit connections of race, religion, age, politics and profession — is one of the cruelest forms of criminal deception. Fraudsters often belong to the groups they target and, in addition to stealing money, weaken the bonds within communities.

Affinity fraud targets individuals. But it can also hurt businesses if a big chunk of their workforce is affected. If your company employs a large percentage of immigrants, for example, they may be susceptible to fraud perpetrated by other immigrants and could, as a result, be left penniless. In addition to the effect such emotional trauma can have on company morale, it could make employees more susceptible to stealing in their own efforts to recoup their losses.

Even people who usually are skeptical of common cons are more likely to let down their guard when the pitch comes from someone with a common background. Recently, for example, the Securities and Exchange Commission uncovered a $3 million affinity fraud scheme perpetrated by an investment advisor who targeted his fellow Israeli-Americans living in Los Angeles.

Military veterans are particularly vulnerable to appeals from fake military charities or Department of Veterans Affairs loan schemes. Many of these frauds are committed by individuals posing as ex-service members, but some are perpetrated by actual veterans exploiting their military connections.

No one is immune to affinity fraud. Not only could you be targeted as an individual, but scam artists — potentially including your own employees — could seek contributions as part of your business’s philanthropic activities. Don’t be deceived into believing you can spot such scams. Many affinity frauds are recommended by friends, neighbors and colleagues.

To protect yourself, research any investment opportunity or fundraising organization that approaches you, regardless of who makes the approach. A duped individual may present the opportunity to you in good faith. In fact, that’s why Ponzi schemes are often so successful.

Also, refuse to be pressured into participation before you’re ready, and be skeptical if you’re asked to keep an opportunity confidential or can’t get anything about it in writing. If a suspicious investment offer comes via e-mail, forward it to enforcement@sec.gov for investigation.

Hard, but not impossible, to fight

Affinity fraud can be hard to fight because victims are less likely to report it than other criminal acts. They may prefer to work within their community to try to resolve the problem instead of exposing it to law enforcement and media attention. But if you suspect a wolf is operating in your community’s fold, speak up. And contact us. We can help you confirm the existence of fraud.