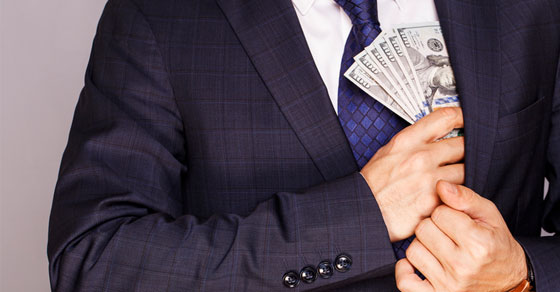 In theory, investigating executives shouldn’t differ from the process of investigating rank-and-file employees. In reality, the authority and influence of an executive can slow — even shut down — a fraud investigation. You need a plan to prevent interference and facilitate the collection of evidence that can be used in court, if necessary.

To minimize the potential for rumors and information leaks, limit the number of employees with knowledge of the investigation. Instruct them to refrain from discussing the case with anyone within or outside the company. Better yet, hire a fraud investigator to handle most of the investigation. An outside expert knows how to protect confidential information and is able to remain professional and impartial when interviewing suspects and potential witnesses.

If employees participate in the investigation, involve only experienced and trustworthy people. An investigation of an executive inevitably attracts greater scrutiny from the senior executive team and stakeholders such as investors. So make sure the team conducts the investigation in strict compliance with your company’s personnel policies and employment law. Investigation-related electronic files should be password-protected and physical documents stored on-site should be secured in a locked filing cabinet.

Many companies are hesitant to discipline (particularly, to terminate), an executive involved in wrongdoing due to potentially negative publicity. In fact, many senior executives expect to see overwhelming evidence of wrongdoing before they agree to take action against a colleague. Keep this in mind as your team conducts its investigation.

You should try to assemble convincing evidence of fraud before formally interviewing the suspect. To avoid being overwhelmed or overpowered by the executive, a professional fraud examiner or a superior executive should conduct the meeting. Should the need arise to suspend the executive pending further review, make sure someone with the appropriate authority is present.

Cost is too high

Investigating allegations of wrongdoing by an executive can be stressful, but it’s critical. According to the Association of Certified Fraud Examiners, the median loss associated with fraud perpetrated by an owner or executive is $850,000, compared with $100,000 for non-management employees. If you suspect executive fraud, don’t hesitate to contact us.