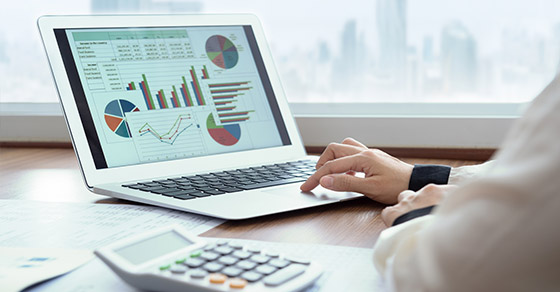 If you read the Internal Revenue Code (and you probably don’t want to!), you may be surprised to find that most business deductions aren’t specifically listed. It doesn’t explicitly state that you can deduct office supplies and certain other expenses.

Some expenses are detailed in the tax code, but the general rule is contained in the first sentence of Section 162, which states you can write off “all the ordinary and necessary expenses paid or incurred during the taxable year in carrying on any trade or business.”

In general, an expense is ordinary if it’s considered common or customary in the particular trade or business. For example, insurance premiums to protect a store would be an ordinary business expense in the retail industry.

A necessary expense is defined as one that’s helpful or appropriate. For example, let’s say a car dealership purchases an automatic defibrillator. It may not be necessary for the operation of the business, but it might be helpful and appropriate if an employee or customer suffers a heart attack.

It’s possible for an ordinary expense to be unnecessary — but, in order to be deductible, an expense must be ordinary and necessary.

In addition, a deductible amount must be reasonable in relation to the benefit expected. For example, if you’re attempting to land a $3,000 deal, a $65 lunch with a potential client should be OK with the IRS. (Keep in mind that the Tax Cuts and Jobs Act eliminated most deductions for entertainment expenses but retains the 50% deduction for business meals.)

Examples of not ordinary and unnecessary

Not surprisingly, the IRS and courts don’t always agree with taxpayers about what qualifies as ordinary and necessary expenditures.

In one case, a man engaged in a business with his brother was denied deductions for his private airplane expenses. The U.S. Tax Court noted that the taxpayer had failed to prove the expenses were ordinary and necessary to the business. In addition, only one brother used the plane and the flights were to places that the taxpayer could have driven to or flown to on a commercial airline. And, in any event, the stated expenses including depreciation expenses, weren’t adequately substantiated, the court added. (TC Memo 2018-108)

In another case, the Tax Court ruled that a business owner wasn’t entitled to deduct legal and professional fees he’d incurred in divorce proceedings defending his ex-wife’s claims to his interest in, or portion of, distributions he received from his LLC. The IRS and the court ruled the divorce legal fees were nondeductible personal expenses and weren’t ordinary and necessary. (TC Memo 2018-80)

The deductibility of some expenses is clear. But for other expenses, it can get more complicated. Generally, if an expense seems like it’s not normal in your industry — or if it could be considered fun, personal or extravagant in nature — you should proceed with caution. And keep records to substantiate the expenses you’re deducting. Consult with us for guidance.