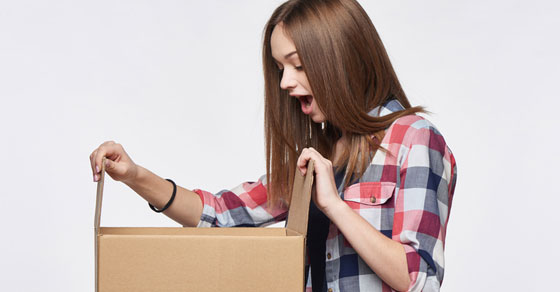 Reports started trickling into state agricultural agencies in July: Consumers were worried about strange seed packets they had received in the mail. The unsolicited goods weren’t labeled and appeared to be sent from China. In a year already fraught with anxiety and paranoia, the story quickly made headlines.

Perhaps this was the first you’d heard of a scam known as “brushing,” in which some third-party e-commerce sellers set up fake buyer accounts and ship unordered goods (in this case, seeds) to “customers.” Why would they do this? Read on.

Brushing scammers set up fake accounts with Amazon, eBay and other online platforms so that they can order their own merchandise, ship it to a real address and then post glowing reviews that bolster their ratings. The ultimate objective, of course, is to attract more buyers for their goods.

According to the U.S. Department of Agriculture (USDA), the seeds people received this summer seem to be part of a brushing scheme. (The USDA is continuing to investigate, but at this time, the seeds don’t appear to be dangerous or capable of producing invasive plants.) However, this isn’t the first time Americans have received unordered merchandise from unknown companies. Over the past couple of years, consumers have been surprised by gifts of everything from flashlights to hand warmers to Bluetooth speakers.

Considering that you aren’t obliged to pay for or send back merchandise you didn’t order, this may not seem like a big deal. However, it suggests that personal information has been disclosed or compromised. So if you receive one of their packages, brushers have — at the very least — your name and home address and may also have your phone number and email address. And, as the Federal Trade Commission (FTC) warns, these fraudsters may have set up fake accounts in your name on multiple websites — or even hacked your legitimate accounts.

Nip it in the bud

How can you prevent dishonest businesses from burnishing their own reputations at the possible expense of yours?

Remember that it’s always possible a seller simply sent you something by mistake. Or a friend may have ordered a gift and forgotten to enclose a message to you. So do a little snooping before jumping to conclusions. But if it still seems your mystery package is part of a brushing scam, don’t just brush it off. Report the “gift” and make sure your accounts are secure.