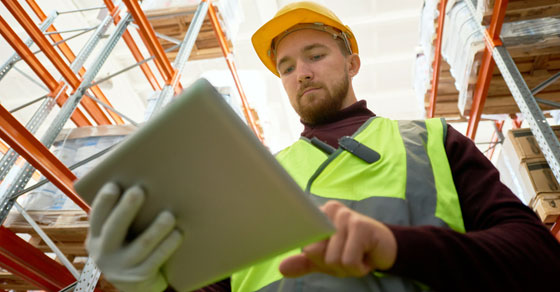 Maybe the numbers didn’t add up during your company’s recent inventory count. You know that most inventory discrepancies are the result of honest mistakes, such as when employees return items to the wrong shelves or customer returns are flubbed. It’s even possible that you’ve made a mistake and need to perform a recount.

But if you suspect something more sinister — such as employee theft — don’t hesitate to call in reinforcements. A forensic accountant can get to the bottom of inventory fraud incidents.

Where the clues are

When fraud experts can’t find “innocent” explanations for missing inventory, they look at the business’s culture and environment. Poor controls over purchasing, receiving and cash disbursement puts companies at higher risk of employee theft. And if one person performs multiple inventory duties, that employee could easily commit and conceal fraud.

Journal entries. Inventory fraud may leave a paper or electronic trail, so forensic accountants typically review journal entries for unusual patterns. An entry recording a physical count adjustment made during a period when no count was taken obviously warrants investigation. The expert follows up by tracing unusual entries to supporting documents.

Vendor records. Vendor lists also may show suspicious patterns, such as post-office box addresses substituting for street addresses, vendors with several addresses, and names closely resembling those of known vendors. Forensic accountants also look at vendor invoices and purchase orders for anomalies such as unusually large invoices or alleged purchases that don’t involve delivery of goods. Discrepancies between the amounts due per invoice, the purchase orders and the amounts actually paid warrant investigation.

Purchases. Experts generally familiarize themselves with the cost, timing and purpose of routine purchases and flag any that deviate from the norm.

It’s important to confirm physical inventory as well. To avoid involving a possible thief, forensic accountants often recommend hiring an outside inventory firm to perform a count and value inventory. But whether employees or inventory specialists perform the job, experts carefully observe warehouse activity once a count is announced to employees. Thieves may attempt to shift inventory from another location to substitute for missing items they know will be discovered.

Inventory at remote locations also can disappear, so fraud experts often confirm quantities with the storage facility or go with the client to inspect them personally. Whenever possible, it’s best to perform a count in person rather than delegate the job.

While shoplifting can cost on the margins, a big inventory heist by an insider could severely damage your bottom line. Inventory mismanagement deserves attention, too. Even if there’s no malfeasance involved, you could lose sales because you don’t have what customers want when they want it. Contact us for help.