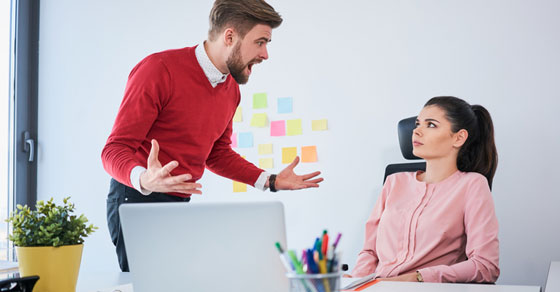 The recently released 2020 Association of Certified Fraud Examiner’s (ACFE’s) occupational fraud study. The  Report to the Nations, reveals that the most common behavioral red flag exhibited by fraud perpetrators is living beyond their means. Also high on the list are financial difficulties and unusually close relationships with vendors and customers.

Some of these signs may be tough to spot if you don’t work closely with an occupational thief. That’s why the ACFE report also looks at correlations between fraud and non-fraud offenses and human resources issues. When these issues are present, supervisors and HR managers may need to increase their scrutiny of an employee.

The vast majority (96%) of occupational fraud perpetrators have no previous criminal record and 86% have never been punished or fired by their employers for fraud. This may make identifying the thieves in your midst difficult, but not impossible. The ACFE has found that approximately 85% of perpetrators exhibit at least one behavioral red flag before they’re discovered.

Although a perpetrator may be the friendliest and most cooperative person in the office, many thieves come into conflict with colleagues or fail to follow rules. The survey participants (more than 2,500 defrauded organizations) were asked whether the perpetrator in their cases engaged in any non-fraud-related misconduct before or during the fraud incident. Close to half (45%) responded “yes.” Some of the most common offenses were:

A small number also was investigated for sexual harassment and inappropriate Internet use.

In addition to misconduct, some fraud perpetrators exhibited work performance problems. Thirteen percent received poor performance evaluations, 12% feared the loss of their job and 10% were denied a raise or promotion.

When misconduct or poor performance leads to disciplinary action, supervisors and HR managers have a golden opportunity to potentially stop fraud in progress. After all, the longer a scheme goes undetected, the more costly it is for the organization. Fraud schemes with a duration of less than six months have a median loss of $50,000, but those with a median duration of 14 months (the typical scheme in the ACFE report) experience losses of around $135,000.

So if you detect smoke, look for fire. Of course, most under performing employees aren’t thieves. But it probably pays to observe any worker who routinely flaunts the rules, antagonizes coworkers or lets job responsibilities slip. You may discover other red flags, such as family problems, addiction issues or a lifestyle that isn’t supported by the employee’s salary.

Knowing your employees is only part of the solution. You also need comprehensive internal controls to limit opportunities to commit fraud. Contact us for help.