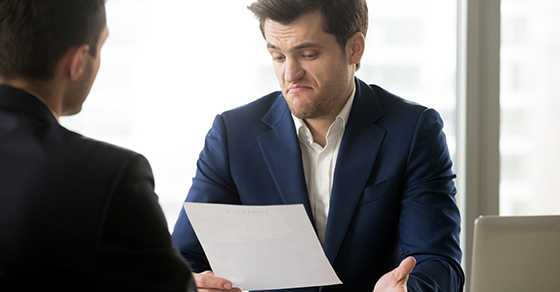 You pay your company’s insurance premiums faithfully, secure in the knowledge you’re covered if something goes wrong. Most of the time, such thinking will be right. Not only is it good business practice for insurers to cover legitimate claims, but it’s illegal for them to deny them.

Unfortunately, not all insurers are good business people, and some are even dishonest. Those few may be guilty of bad faith — wrongfully denying insurance claims — that can cost businesses significant aggravation, not to mention legal fees, to combat.

An insurance policy is a contract. The insured agrees to pay premiums and take reasonable steps to prevent injury or damage, and the insurer agrees to settle legitimate claims according to the policy’s terms.

There may be times when you and your insurer disagree about what is covered or what constitutes a reasonable delay or amount in settlement. But errors in judgment and offers of compromise don’t necessarily equal bad faith. Bad faith arises when the insurer sacrifices its insured customers’ interests to enhance its own bottom line — and that can involve fraud.

Outright denial of legitimate claims is only one bad-faith practice that indicates fraudulent insurance practices. Shady operators may also:

Defending against such practices can be difficult. One problem is that there’s no federal — only state — regulation of the insurance industry. Penalties imposed by states typically aren’t stiff enough to deter fraudulent practices, and they generally do nothing to compensate claimants who were wrongfully denied.

It’s important, therefore, to deal with only reputable insurance companies. Before you buy, check with industry rating services such as A.M. Best or your state’s department of insurance. Ask advisers and colleagues for their recommendations as well. And if you have a claim, be sure to file it promptly and document all correspondence and communication relating to it.